Enel is the God of Skypiea, the sky island. She is one of the most powerful characters we have met so far in One Piece, since, in term of power, he is most similar to the figure of a God. He has eaten the Goro Goro fruit, of Logia category, it allows him to control the thunders. In addition, he has the capacity to use the Mantra, that allows to read the human mind to know what they are going to do or what they are thinking. The combination of the Mantra and his fruit increase the capacity of the Mantra allowing to read the mind of any habitant of Skypiea where ever they are. Before Skypiea he lived in another island of the sky, Bilca, next to his four priests to his service, Aum, Gedatsu, Shura and Satori, which destroyed with his powers. He travel to Skypiea and defeated the sacred army of Gan Fall, the God of the island, and replace him.

His last aspiration, nevertheless, is not to be the God of an island, he wants to reach Verse, the promised land, that according to him is located in the moon... In order to reach it he constructed a ship called Maxim, but before going away he thought to destroy the entire island. 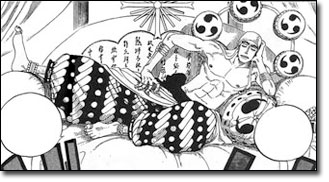 The priests are the four more valuable soldiers of Skypiea to the service of the God Enel. These four priests are the ones in charge to guard and to protect Upper Yard: each one exposes an ordeal to all those that come to see God, no matters if they come with hostile intentions or in they come in peace. The four like Enel dominates the Mantra, with it they can anticipate to the enemy movements, in addition each one has in possession an extinct Dial.

Gedatsu is the priest in charge of this ordeal, he controls the swamp zone of Upper Yard. He uses a Milky Dial to produce marshy dense clouds to strike the enemies, the steam of the cloud prevent that they can breathe. Under his right arm he has a Jet Dial, a prehistoric version of the Wind Dial. The Test of the Swamp was surpassed satisfactorily by Chopper. 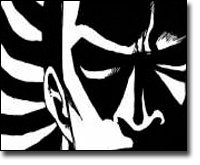 Satori is the priest in charge of this ordeal, he is the weakest and strangest of the four priest. His territory is filled with cloud spheres that hide "surprises", each sphere can hide different things, serpents, explosives or simply be empty. Satori can control these spheres and send them against the enemies, she can use them as platforms or to form a dragoon of spheres to fight. Under her right arm she hides an Impact Dial. The Ordeal of the Spheres was satisfactorily surpassed by Luffy, Usopp and Sanji. 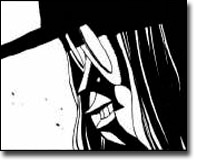 Shura is the one in charge of this ordeal. His territory is filled with invisible strings, between tree and tree forming a complex spider net, with which he can immobilize his enemies. The string is made with Skypiea’s clouds and is practically indestructible. In his possession he has a Flame Dial which he uses next to his spear creating a weapon that burns with the contact. He fight mounted in its giant bird. The Ordeal of String was satisfactorily surpassed by Wiper and the rest of the Shandia warriors.

Aum is the one in charge of this ordeal, he is the strongest one of the four priests. He has a special Milky Dial, the Eisen Dial (Eisen is iron in German). With it can give form to metallic objects, the Dial is merged whit his sword, he can change the form of it, for example creating a wall as hard as iron to protect himself. Also he has to his disposition a giant dog called Holy, who fights using martial arts. The Ordeal of Iron was satisfactorily surpassed by Zoro. 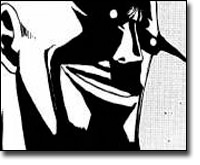 The hidden meaning under the names

Gedatsu: Liberation of the soul.
Shura: State of the existence (Ashura).
Satori: Knowledge.
Aum: Mother of all mantras.